What you don’t know about Awards Shows -THE TOP 8 AT 8! 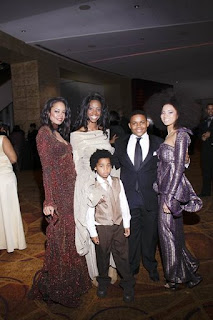 EMG was honored to accept the invitation to attend the 2009 Trumpet Awards. The Trumpet Awards is a red carpet affair that recognizes the best and brightest achievers in the African American communities. Set to air on TV One on April 12th at 8 pm, the event was hosted by Co-Host of “The View”, Sherri Shepherd and Actor Anthony Anderson from “Law & Order”. Though surrounded by some of the most amazing people in the country, there were some other interesting things going on that most people don’t know about.


1) THE AUDIENCE HAS TO WORK!
Since the show is pre-recorded for syndication, this allows the directors to…well…direct. This voice with no face fills the auditorium instructing you how to clap and for how long. If it doesn’t sound good enough to them, you have to do it all over again. Even before the show, they require clapping so they can have some sound bites for later. Needless to say, before the show even begins your hands are already pretty sore.
2) JUST BECAUSE YOU GET A SUCKY TICKET, DOESN’T MEAN THAT YOU CAN’T MOVE UP TO THE FRONT ROW
If there aren’t enough celebrities in attendance along with the people who have dropped a lot of bank for tickets in the front rows, you may be called down out of the nose bleeds to serve as a seat filler. If you look good, they will come and ask you to fill those seats. If they get desperate, it’s a race to the front for those who want to rub elbows with the celebs. Just know that if you are beckoned to be a seat filler, plan on not going to the bathroom because you’re stuck there for the remainder of the show.
3) PEOPLE WILL TRY AND SNEAK IN WITH YOU
It’s quite comical but certainly a reality. If you have a ticket and you see a line standing by the door to the auditorium, they are going to instantly become your friend and try and sneak in with you. So if you hear, “Heeeey Girl!” or “Omigod you look stunning tonight” from people you don’t know then BEWARE!
4) NOSE BLEEDS AND SEATS BY DOOR AND THE BACK ARE ACTUALLY COVETED
Think about how long those shows last when you watch them on television. Imagine how long the shows really are before editing. If you’re in the lime light, there are no snacks for you. People by the doors get to slip in and out as they need to. As a rule of thumb, it’s pretty unfashionable to carry a large bag and no snacks or goodies will fit in your clutch. Either eat before the show or you have your option of gum and peppermints granted your wallet isn’t taking up too much space. Sorry guys, unless you have deep pockets, you also are out of luck.
5) THE FELLAS ARE HAUTE TO!
This year’s trend was a tux shirt (with or without bow tie depending on your style) with black slacks and velvet or velveteen blazers (some adorned with designs) and all were funky colors. Yes, those blazers are not just for baby boys anymore! The men were on fire with their blazer of choice and all were eager for their photo opps.
6) TAKE PICTURES FIRST, ASK QUESTIONS LATER
Photographers never really know who you are unless you are a household name. If you look good, prepare to have your photo taken over, and over, and over again. If you aren’t famous, they will figure out later. Photogs won’t miss a chance or opportunity to take your pic because they never know who you are or who you could become.
7) IF YOU’RE ON THE RED CARPET, YOUR WARDROBE POSSIBILITIES ARE ENDLESS
Chances are, most designers aren’t going to get the opportunity to showcase their threads on the red carpet. If you know you are going to strut your stuff on the red, let the designers know and you will get your pick of gowns to wear. Be prepared to walk in their store and leave with whatever you want without spending a dime. They will be throwing couture at you along with accessories to match!
8) IT’S LIKE HIGH SCHOOL BUT EVERYONE IS POPULAR
The celebs are everywhere in sight and all are easily accessible. It’s kind of a like a celebuffet…Grilled Chris Tucker for you and Raven-Symone Salad for me but it’s all spread out and you can take your pick. Grab your plate and fork and dig in!
Be sure to check out the Trumpet Awards to see Bobby Valentino, Keyshia Cole, and EnVogue (yes ALL four members rocked the show) perform. It certainly was an affair to remember.
Posted by EnVisage Model Group at 6:28 PM