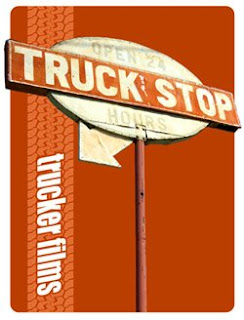 Who is Bob Wooley?

How did you become a producer and a director?

I started out as a Designer and Art Director, which led me to producing TV spots, and working as an editor on feature films.

I love directing, working with talent and location or studio shooting. Producing is much harder. You have wear lots of different hats to be a good producer, and although I like it, I sometimes wish I had other producers to lean on, which would allow me to concentrate more on the creative side.

Do you do still photography to?

I do still photography, and figure drawing as a way of expressing myself artistically. I have not ventured into professional still photography, but will be making that leap in the coming year. I think my art direction background will help.

How long have you worked in the entertainment industry?

I have worked in various aspects of the entertainment business for approx 15 years. I started out on the other side of the business, acting in stage productions and playing music in Los Angeles, Denver and Nashville.

What projects do you have lined up?

I currently have a music video for Atlanta rapper Big Chad Famous in post production. I have another video lined up for indie pop band "Belle's Wake", and am in negotiations with several other acts. I'm also working on a multi-episode web series called "Crave", which chronicles the evolution of a serial killer, and I have several television spots in the works.

What has been your favorite project so far and why?

It's very hard to say. They're all your babies while you're working on them.

What visions do you have for the future of your career?

I'm hoping to continue doing music video and spot work as a director, but at a national level. I'm also in pre-production on my next short film, and am hoping to direct my first feature in the near future.

If there was one thing you'd want people to know about you, what would that one thing be?

That greatness, in any walk of life takes dedication, and determination, and I'm the most dedicated, determined person you'll meet.

What message or advice do you have for Atlanta's talent?

My advice is kind of a Catch-22... Atlanta is a great city with a lot of talented, hungry people doing great creative work. So get involved at whatever level you can. The DIY movement here is as strong as anywhere, and those who want to work, can work. But beware... because there are a lot of sharks lurking in the talent pool here, and it can be hard sometimes to determine who's legitimate.

Check out Bob Wooley and his work at www.truckerfilms.com!