The ABC's of Modeling 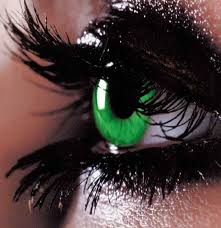 Actor - Performers that act in tv films and/or on stages.

Accessory - 1. A decoration or piece of clothing that adds emphasis to an outfit. 2. A supplementary device such as a make up accessory.

Ad Agency - The abbreviated term for an Advertising Agency.

Advance - Money that is paid before the modeling job is completed. This is deducted at a later time from the model's pay. Advances can be given to cover modeling supplies such as portfolios.

AEA - A union for theater actors and actresses called the Actor Equity Association.

AFTRA - The American Federation of Television and Radio Artists that represents the union of performers that star in television productions.

Agency - A business that acts as an employment agency. An agency helps promote their models, schedules casting calls, and bills the clients for whom the model works for. An agency usually charges a commision of 15-20% of the model's total earnings for that job.

Agency Book - A group of headshots contained in a portfolio.

Agency Card - 1. A small card containing information about the model's agency such as phone number and location. 2. A card that shows a model's personal information such as height and weight.

Agency Contract - A model release or other written agreement that explains the obligations between an agency and a model, or a photographer and a model, this usually comes from the agency.

Agency Director - A person or individual that has a management position inside an agency.

Agency Party - A social gathering, party, or celebration that is sponsored by a model's agency. These can include, but are not limited to birthday parties, and holiday parties.

Agent - A person or individual who arranges jobs for a model that they are representing.

Age Range - An age group of individuals ranging from any age whether it is young or old.

Beauty Shot - A headshot from the shoulders up, where the main focus is on the model's face, including make up, hair, and accessories.

Body Shot - A full length photo of a model, where the main focus is on the model's body.

Book - A model's portfolio containing composite cards and photographs of a model that is representing a certain modeling agency.

Booker - A person or individual who arranges jobs for a model that they are representing.

Booking - A job that already been scheduled and confirmed for a model.

Booking Out - When a model indicates times that he/she will be unavailable for work by crossing out time on his/her planner or schedule.

Callback - A second interview after a model has alredy attended and initial go-see.

Casting - When a business chooses a model for a fashion show, print, etc.

Casting Call - A request made by a business or company for agencies to have the models appear for an interview.

Cattle Call - An audition where a lot of models show up at the same time, and are competing for the same job position.

Catwalk - A term that is used to describe a fashion runway.

Character Model - A model whose appearance suggests a certain character, such as a grandmother or construction worker.

Client - The business that is hiring a model for a specific job.

Collection - Groups of clothing of different styles made and created by fashion designers.

Commentary - A description at a runway show that explains about the garment that the model is wearing.

Commentator - The person who is describing a garment that a model is wearing at a runway show.

Commercial Look - An appearance that appeals to a wide variety of people and consumers.

Commercial Model - A model who appears in commercial advertisements.

Commission - A certain percentage of the model's earnings from a modeling job that is taken out by the agency that is representing the model. Typical commission is from about 15% to 20% of the total job earnings.

Composite - A card with the model's picture, the agency representing them, and personal information (height, weight, etc).

Contract - A legal statement between a model and either his/her photographer, business, or agency that is representing him/her.

Convention/Trade Show - A trade show used to attract agencies who are looking for potential models with talent and poise.

Cover Girl - A female model who appears on the cover of a magazine or other forms of print work.

Posted by EnVisage Model Group at 9:53 AM